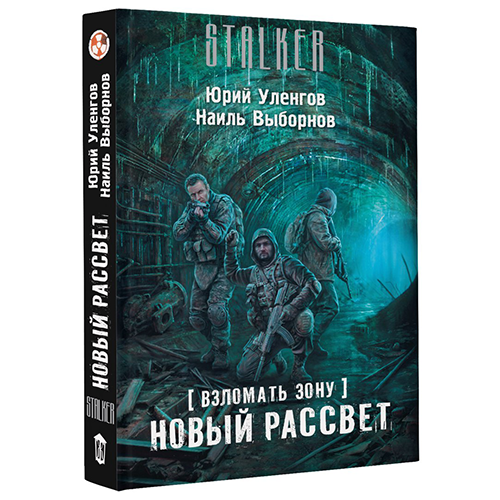 After the failure of the operation to expand the Chernobyl exclusion zone, "Children of the Black Moon", or simply black, go for broke. The new battlefield - Solar Brazil. previous rules - any rules.

The information before the former rumors were confirmed at the crash site in Rio de Janeiro there was an anomalous zone, as two drops of water similar to Chernobyl. Mutants, anomalies and artifacts - are included.

Artur Orlov, in the past - an authoritative criminal, now - is trying to do away with the last fugitive. He makes a small business on the smuggling artifacts of Brazilian areas, but his life is changed when she interfered mysterious hacker who calls himself a soft and sinister group of "New Dawn".

Everyday cargo transportation anomalous policy ends in murder and the mad race for survival, with a finish inside the perimeter of the Rio Zone. Orlov will survive in the lethal area, get proof of his innocence and return to the perimeter.

And of the assistants - a runaway slave so unprincipled mercenary.