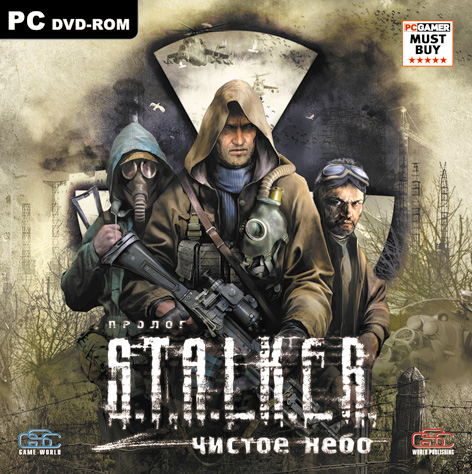 Uploaded: 15.11.2019
Content: text 17 symbols
Loyalty discount! If the total amount of your purchases from the seller SOFT-KLUB more than:
If you want to know your discount rate, please provide your email:

ATTENTION! The key can not be activated in Origin.

The group of stalkers first climbed to the heart of the Zone - the Chernobyl nuclear power plant, provoking a cataclysm that almost led to disaster. Grandiose Emission of abnormal energy changes the Zone. There are no more reliable and relatively safe roads. Entire levels disappear in the flaws of the anomalies. Stalkers and even expeditions perish or are trapped in the lost territories. New territories, of which nothing has been known since the appearance of the Zone, appear on the map of the Zone. The zone continues to be shaken by emissions. The zone is unstable. Abnormal activity is maximal.

Changes known to the stalkers of the Zone card violate the fragile balance of forces in the Zone. Between the factions, enmity for new territories, fields of artifacts and sphere of influence flares up. There are no more old enemies or friends-now everyone is for himself. Between the factions began the War of Groupings.
The protagonist - a mercenary, the will of fate was at the very tip of the confrontation between the factions of stalkers, Shooter and even the Zone itself. The main character will play a major role in the events that led the history of the Zone to the point at which the original game of S.T.A.L.K.E.R begins.

What is waiting for stalkers in the open depths of the Zone? What new dangers lurk in the new territories? Why do the emissions shake the Zone? Why has the Zone changed? How to eliminate its instability? Which faction will prevail in the confrontation of the factions? Why did the shooter get into the truck of death? What happened to the shooter before that? Was there another choice? On these and many other questions you will find the answer in the official prequel "S.T.L.K.E.R .: Clear Sky".
Experienced stalkers and newcomers! Be ready for new tests in the Exclusion Zone in the spring of 2008.
Переводчик Google для бизнеса –Инструменты переводчикаПереводчик сайтов